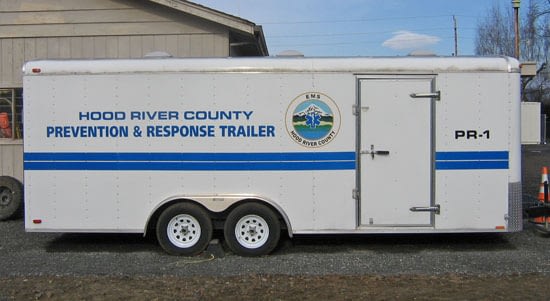 Funded by a FEMA Preparedness grant Hood River County's MCI trailer is for regional dispatch for large scale incidents or training. The trailer will support treatment and triage of roughly 70 people dependant on the incident. The Trailer is owned by the fire district and housed at Westside Fire Station # 2. The unit is jointly operated by Hood River County Fire Services.